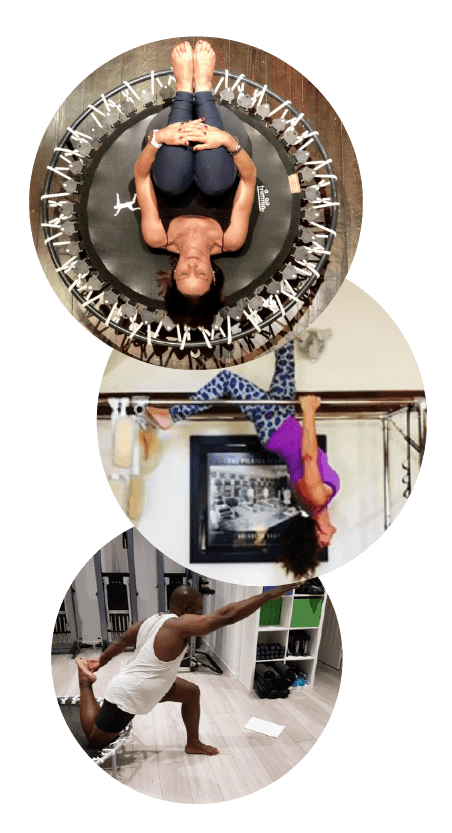 time to make a difference…

We have the most wonderful Personal training studio with all the Pilates equipment . Its our playground where we challenge and have fun while you learn how your body works and feels, our approach, everybody is different with different goals and purposes, lets talk and achieve everything you have dreamed your body to be, our clients have had fantastic results with weight loss, injuries, rehabilitation and wanting to take their fitness to another level . There is also Bowen and Creative healing available so yes a one stop wellness studio, where you can really get to know and feel your body and your mind has a well deserved rest where that hour it’s all about you.

You will look and feel great .

Personal Training for Pilates, yoga , Jumpga, HIIt or mix it up . You will go on all the equipment let our playground become yours .

Our Trainers have your best interests at heart . Let our passion be your passion.

get in touch to find out more 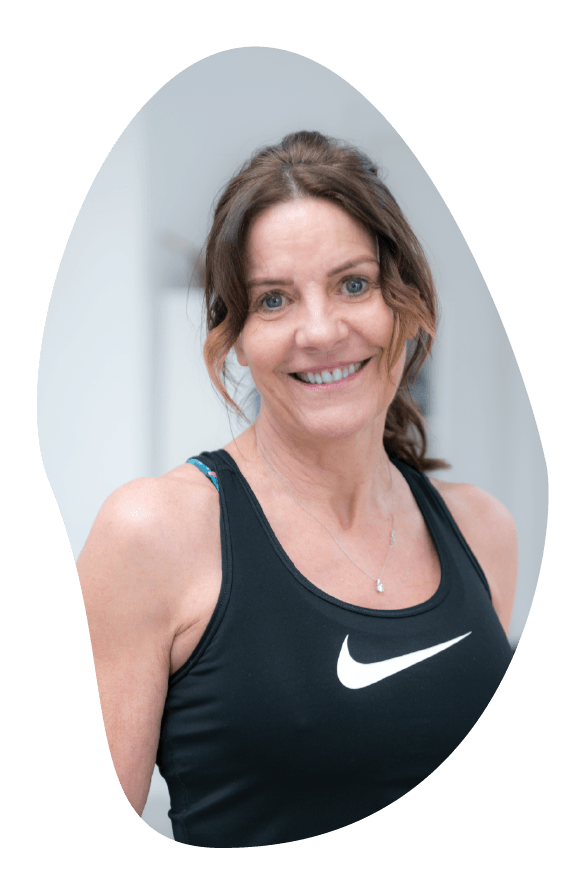 Owner and instructor Sandra Bickmore opened her first personal training studio ‘CoreFit Pilates Repton Park’ in 2003. Sandra has over 20 years experience in her field and has been a certified Pilates practitioner since 2000, training extensively with MK Pilates. She is also a certified Dynamic yoga teacher training with Godfrey Deveroux Booty barre with Tracey Mallet a fully qualified gym and personal trainer She has worked in many top gyms across London and Essex, specialising in core strength and focusing on Pilates and Pilates Reformers. With a Love of teaching Dynamic Yoga. Sandra’s passion for Pilates started back in 2000 when she started to developed a true understanding for the importance of core stability when exercising and during everyday life.

Rhys Maxwell is an experienced personal trainer with a special interest in Pilates and Garuda training with James D’Silva. He graduated in 2012 with a degree in Sports and Exercise Science. Rhys has combined his love for sport and teaching to become a tailored personal trainer for each of his clients. His clientele consists of varied ability and age groups, including professional athletes.

Reformer Pilates, Strength and Conditioning, HIIT and Garuda are an integral part of his training routine. Rhys ensures emphasis is made on the correct technique and body alignment. ‘It’s not what you do, it’s how you do it which gets the desired result.’

Training with Rhys is a unique, holistic and enjoyable experience. He is an inspiring teacher and loves watching his clients learn and improve, not only physically but mentally. All of the exercises are systematically devised to bring your mind back into exercise while making your body the leanest, strongest and most flexible it has ever been.

Sandra has been training me on a one to one basis for the last 7 years. Quite simply, Sandra’s ability to both impart knowledge in her specialist areas of Pilates, body posture, body awareness, injury avoidance and rehab along with cardio, yoga and general mindfulness is second to none.

The positive impact on my physical , mental and spiritual well being , through training with her is difficult to put down into words.
Let me try …

She is factually highly qualified in all of the above , but additionally has a way of personally tailoring the sessions that show an understanding of my psyche – the combination of the two is the magic ingredient that means I gain the physical benefits whilst never getting bored and get counselling sessions and a friend to boot. I am one of many.

Sandra Bickmore is the finest smartest practitioner/ healer that I have ever come across.

Last year I was unfortunate to have had two falls that resulted in two major operations, a shoulder rotor cuff repair and thumb ligament repair.vI initially received weekly physio treatments curtesy of the NHS, later on I found Sandra… My NHS physio treatments would involve going to the hospital where by I would be asked how far I could raise my arm and they would then demonstrate a new exercise which I would be asked to copy and thenvI would go away and practice the movement. I was told 3 months after NHS treatment that I may never regain full use of my arm. I believed this was true until I came along to Sandra’s studio.

Sandra’s treatment involved working on me on a total one to one basis, she would also ask me what movements I had, however instead of just showing me what to do with me just copying the movement, Sandra would hold my arm and work it safely to where it should go, ‘Creating memory’ with the arm, Sandra would place me on her machines (I call them bondage machines!) and work each arm leg individually, she would hold my arm into correct positions, she would make sure that I stood in the right positions. Without her help I confidently know that I would never have regained use of my arm.

She worked a complete miracle. I found her one to one sessions something to look forward to, her treatment room was relaxing and inviting, her knowledge of the physical anatomy is outstanding, she also offer a spiritual approach which creates a aura of wellbeing.

You will leave Sandra practice feeling that your money has been well spent and invested, you will feel calm, relaxed